Alabat, a paradise island in the Pacific, was inhabited by the early family of Caparros because of its excellent fishing grounds, fertility of the soil, wide plains, nearness to a river and safe landing shore. Other immigrants from Gumaca came pouring in upon hearing of the suitability of the place for human habitation. They named the place “CAMAGONG”. Perhaps this name was taken from trees with edible fruits called Camagong or Mabolo which grow abundantly in the Mount Camagong, the highest point in the island.

It was said that Rev. Father Jesus, a priest in charge of the Parish of Gumaca, possessed a telescope. Almost every time of the day, he looked through his telescope to see whether Moro Vintas were coming. He reached out a focus on a sandy shore of Ilangin, the present sitio of barrio Gordon. It comes to his mind that an ermita (a chapel) should be built in that place. So, he summoned the leaders of the settlers to congregate and encourage them to settle at Ilangin and build a chapel there. The growth was so abrupt that a village sprang. Father Jesus called this village “gordo” (which means fat) and afterwards he named it “GORDON” in memory of his town in Spain.

The brothers Don Pedro and Don Nicolas Pica wanted to establish a home in Gordon. Upon reaching the place, they found out that anchorage was difficult on account of shallow coral reefs and absence of navigable river. Inquiries were made among the villagers and Don Pedro learned the suitability of “LUPAC”, the present site of Alabat. He ordered his men to clean a site in Lupac for new village.

When Rev. Father Jesus heard about this act of Don Pedro, he was greatly infuriated. He accused these two men. By the order of Capitang Totoy of Gumaca, they were taken to prison until Don Pedro secured freedom from the Gobernadorcillo of Tayabas.

The following year, his brother Don Nicolas was also pardoned by the gobernadorcillo. The interest of these two brothers in Lupac did not fade away so they returned to the place and established a lumber industry. The gobernadorcillo learned of their success in the industry and their leadership to the settlers of the place, so Don Pedro the elder, gained influence from the Gobernadorcillo and was appointed sub-captain of Lupac under Capitang Totoy of Gumaca. Through the order of Rev. Father Jesus, Don Pedro changed the name Lupac to “BARCELONA” in memory of the beautiful coastal town in Spain.

When the American expeditionary force occupied Tayabas Province and they appointed Carpenter as Military Governor, the name Barcelona was changed to ALABAT.

The name ALABAT came from the “ALABAŤ” (a local tagalog word), which means balustrade. The early inhabitants of this place used to make balustrade across their doors to prevent babies from falling down from the ladders of their nipa hut (bahay kubo).

A story coming from the past said that a platoon of American soldiers came to the island. As they landed at a certain place by the shore, they entered a native’s hut and the leader asked the person inside what the name of the place was, at the same time holding the balustrade. Unable to understand the English language used by the American, the native tried to figure out what the American leader was asking, so he taught it might be the name of the balustrade and replied in a single word ALABAŤ. The leader took his diary and wrote the word ALABAT without any accent.

There are no documents 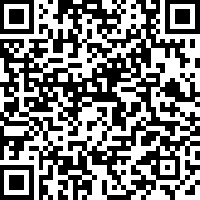